The TAORMINA linen collection has its heart and soul firmly routed within the essence of maiolica pottery, making use of unique and inspirational designs inspired by this wonderful range of pottery and tiles.

The birth of maiolica

But what about the history of the Italian maiolica tiles and from where do these artisan craftsmen gain their inspiration? Sometimes referred to as majolica, this is an Italian tin-glazed pottery which has its roots in the Renaissance period of history. Maiolica is so called because it was originally imported into Italy via the island of Majorca, the main place of trading between the Italians and the Spanish. The local market referred to it as maiolica, thinking that it actually came from Majorca. Artisan craftsmen in the district became enamoured with this new and fascinating way of creating ceramic tiles and copied it, adding in their own mix of traditional flair and Italian inspired themes.

Most of the time it comprises stunning colours added to a white background and often showing mythical scenes or designs. Referred to as istoriato wares or ‘painted with stories’, by the 15th century many of the small towns and cities of both central and northern Italy were creating their own versions with a take on the classic design; destined for the luxury local market, it was not long before the maiolica tiles and designs became famous the world over and much in demand.

How the popularity of maiolica grew

The larger cities such as Siena and the towns of Deruta, near Perugia and Montelupo, near Florence made use of the natural clay deposits from the riverbanks which were perfect for the creation of maiolica; these rivers were the Tiber in Umbria and the Arno in Tuscany. The 16th century saw many of these towns, specialising in maiolica, exporting not only to the rest of Italy but also northern Europe and Sicily. Once maiolica became popular for use within chapels, churches and other religious and well-populated buildings, frequently used to create panels, walls and floors, the fascination with it grew. One famous location, named the church of Madonna dei Bagni near Deruta, has literally hundreds of plaques dedicated to the Madonna created using maiolica tiles, dating back to the 17th century.

The elegance of bygone days

From this point onwards, these original and traditional designs inspired many beautiful collections, lending themselves to sophisticated use in the home and often displayed in public places. One of these is the AllÓRA TAORMINA range of linens which lends itself to being used in many areas of the kitchen and dining room, adding a sense of lightness, balance and depth of quality to the style of your interior. As you will see, many of the designs of the maiolica tile are modular and these have been carried through to the linen of the TAORMINA range. The craftsmen that we work with have used vibrant shades of natural colours, produced using natural mineral and vegetable dyes which conjurer up the flair and elegance of bygone days. 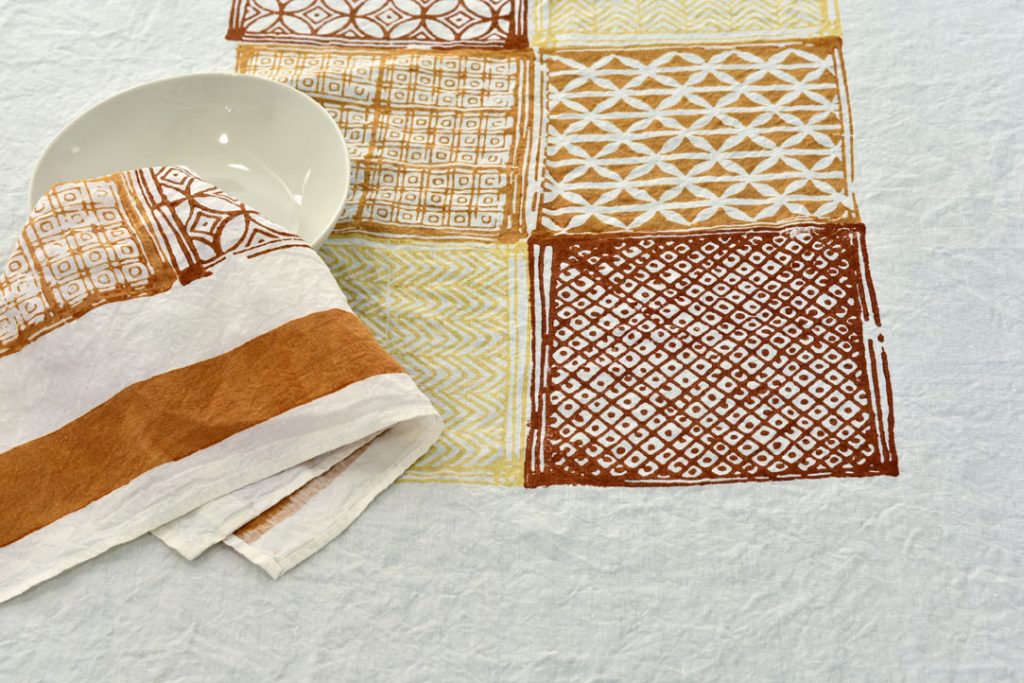 Beautiful linen to last a lifetime

Placing these traditional Italian designs upon cloth of pure organic linen brings the TAORMINA collection to life, giving a range of products that are not only wonderful to the eye but practical, hard-wearing and able to last a lifetime. With each item of linen being stitched and coloured by hand, using carved blocks of wood or hand-painted, craftsmen have taken their inspiration from the maiolica tile, blending it with colours from the local landscape to produce tablecloths, napkins and cushions that add a touch of splendour to any location within the home.

When you purchase from the TAORMINA collection you will become the owner of a wonderful piece of linen, practical enough to be used every day in the home or stored away for those very special family occasions, parties and events.

Adorn your table the AllÓRA way and take the time to browse our collection now, adding an item of beauty to your home that will remain looking exquisite no matter how many times you use it. 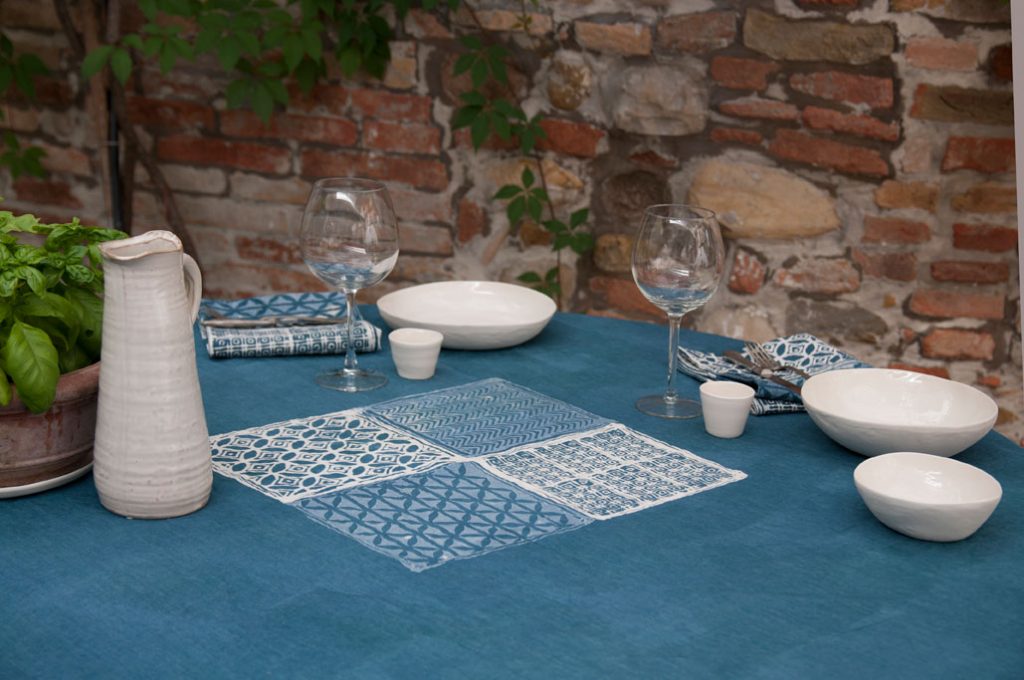 This site uses Akismet to reduce spam. Learn how your comment data is processed.

This website uses cookies to improve your experience while you navigate through the website. The cookies that are categorised as necessary are stored on your browser as they are essential for the working of basic functionalities of the website. We also use third-party cookies that help us analyse and understand how you use this website. These cookies will be stored in your browser only with your consent. You also have the option to opt-out of these cookies. But opting out of some of these cookies may have an effect on your browsing experience.
Necessary Always Enabled

Performance cookies are used to understand and analyze the key performance indexes of the website which helps in delivering a better user experience for the visitors.

Analytical cookies are used to understand how visitors interact with the website. These cookies help provide information on metrics the number of visitors, bounce rate, traffic source, etc.

Advertisement cookies are used to provide visitors with relevant ads and marketing campaigns. These cookies track visitors across websites and collect information to provide customized ads.

Keep updated with our latest news and offers.