The Bucci workshop (or, perhaps more accurately, laboratory) was founded in 1961 in Pesaro, a beautiful and historic town in the Marche region, on the Adriatic coast of Italy. The early years from 1961-1966 saw a very close collaboration between Franco Bucci and his founding partners – Nanni Valentini, Philip Duplicate and Roberto Pieraccini.

Bucci developed his craft with educational inspiration from the legendary Italian architect and designer, Ettore Sottsass, in Milan. Alongside his founding partners, Bucci’s declared aim was to create useful objects of the finest and most ambitious designs, using a material that is still little known in Italy – stoneware.

The endeavours of Bucci and his founding partners attracted the attention of artists, potters and intellectuals who closely followed the developments of this rare and artistically-driven collective. These followers included highly noted architects, historians and artists who found fascination in their intense focus on unique and innovative works of art. As Bucci and his partners reported, the early years were challenging – but extremely constructive.

Franco Bucci, alongside his wife Anna, continued to forge his path, inspiring his company’s direction for almost 30 years – from 1966 to 1995. He has continued to oversee their artistic output since that time, with his nephew, Gabriele, working under his mentorship.

Across the history of Italian ceramic works of the last 50 years, the Bucci laboratory is a central point of reference – renowned and respected for its tireless research and admirable experimentation.

To this day, Bucci and company understand how to look to the future without turning their back on the past. They remain an authentic, honest seed of creativity – a worthy tribute to Franco Bucci’s life dedicated to designing and creating objects so far removed from the staid impeccability of many modern designs. 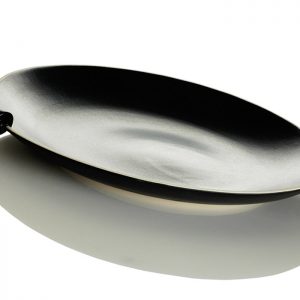 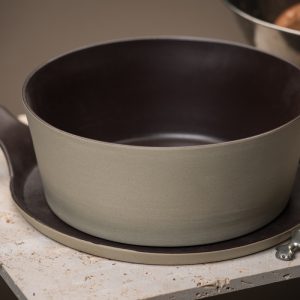 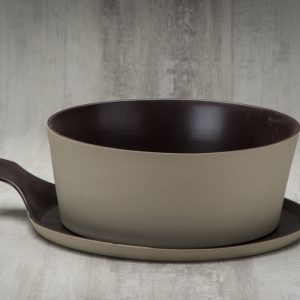 $118.00 – $136.00
Back to Shop
Meet our Artisans
Recent Posts
We use cookies on our website to give you the best user experience. By clicking “Accept”, you consent to the use of all cookies.
Cookie settingsACCEPT
Manage consent

This website uses cookies to improve your experience while you navigate through the website. The cookies that are categorised as necessary are stored on your browser as they are essential for the working of basic functionalities of the website. We also use third-party cookies that help us analyse and understand how you use this website. These cookies will be stored in your browser only with your consent. You also have the option to opt-out of these cookies. But opting out of some of these cookies may have an effect on your browsing experience.
Necessary Always Enabled

Performance cookies are used to understand and analyze the key performance indexes of the website which helps in delivering a better user experience for the visitors.

Analytical cookies are used to understand how visitors interact with the website. These cookies help provide information on metrics the number of visitors, bounce rate, traffic source, etc.

Advertisement cookies are used to provide visitors with relevant ads and marketing campaigns. These cookies track visitors across websites and collect information to provide customized ads.

Keep updated with our latest news and offers.